I am one of only about 200 Spiritual Regressionists around the world certified as a Life Between Lives Spiritual Hypnotherapist.

It’s difficult to say when the soft whispers of my slumbering soul began to first awaken within and eventually lead to me to an ecstatic conscious communion with my Higher Self and the immanent power and majesty of the Spirit World. It wasn’t like I was chattering with angels as a two-year old or had invisible Indian Medicine Men navigating me through the dangerous coral reefs of childhood. No, no such luck.

I was simply open, energetically stretched wide like a butterfly on acid, I could feel everything…the green humming sap that flows through trees, the tumbling clownishness of puppies and, alas, the ever-present dark, turgid wounds oozing from the hearts of all those around me. It was overwhelming. What’s more, I assumed that everyone else had the same capacity to feel with the same intensity as I did. If I was with someone angry pretending to be loving, their anger moved into like a cold knife through my guts; if despairing a dark cloud of sadness rivered through me…not in small doses, but like a wet blanket of emotion pinning me to the floor. Clinically speaking, I was a full-fledged empath. It was a massive handicap in the beginning which only time, experience and guidance was able to alchemically transform into an intuitive gift and blessing.

I soon discovered that as much as I could feel into the tidal surgings of the other’s person’s unconscious, I could also dive into the depths of my own unconscious mind and excavate and haul forth treasures that served me well as a playwright, actor and theatrical director. In my twenties, I academically completed a Bachelor’s degree in Philosophy (B.A.) and a Masters of Fine Arts (M.F.A.) in Playwriting and Psychology…and plunged myself into the San Francisco Arts and Theatre scene. In writing plays, acting and directing I realized later on that I was unconsciously honing inner skills that would serve me well in past life therapy .

Strangely enough, a Past Life regression therapist is essentially using degrees of trance to gently call forth from the dark realms of a client’s unconscious sunken sub-personalities, imprints of past lives, that are haunting and often interfering in a negative way with the client’s conscious self. An actor and playwright use the same inner tools of focus, trance and possession to call forth sunken sub-personalities within their own unconscious and sculpt that raw material into objective art. Which is why so many actors like Shirley Maclaine made a small fortune writing bestsellers detailing their various and sundry past lives.

In my late twenties, I journeyed to India and around the world undergoing discipline from a variety of spiritual teachings from Christian mysticism, Sufism, Zen, Shamanism and Tantra. This intense inner work was outwardly accompanied by certification in a variety of academic trainings including hypnosis, Past Life Therapy with Dolores Cannon, Spirit Releasement with William Baldwin, Life between Lives Spiritual Regression with Michael Newton and a host of related transpersonal techniques.

In the end, with the awakening and purification of my own latent psychic sensitivities and the direct guidance of my own Higher Self I created an intuitive practice called Transformational Therapy which helps to radically to remove the inner blockages within a client from the unconscious bindings of their past and free the soul to reclaim its power and joy and presence in the world. 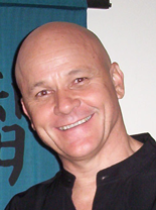